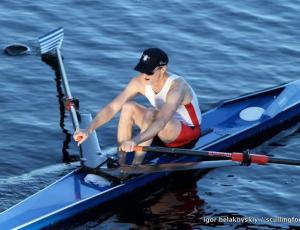 Welcome to my site. Originally intended as a blog for rowing, I expanded to life in general. Because, as a rower, rowing informs my life and vice versa. When I’m not doing it, I’m thinking about it, despite sometimes going months (in winter) without putting a blade in the water or sitting on an erg.

Rowing has taught me many valuable lessons in life and has been with me through thick and thin since I started doing it at age 25 (wow – I have now been rowing for more than half my life).  “MasterTHIS” came to mind one day as I was sculling along, thinking, I don’t need to blog just about rowing – I have a whole life’s worth of problems/issues/challenges to blog about. Good times!

CAREER. I’ve been through the mid-life career transition thing a few times. One thing these experiences taught me is that it’s never too late to reinvent yourself. After being “restructured” out of a corporate job from a company for which I had worked for a dozen years, I was somewhat disillusioned. They gave me a generous one-year severance, however, so I had time to dream. I went through a period of being “down on Corporate America, but I could afford to be at that point – I was still being paid. I thought of all kinds of cool ideas, none of which came to fruition. I touched base with a well-known New Yorker writer, who said, “Don’t discount writing for a company that is paying you well. I don’t even get benefits!” Wow. This was someone doing what I dreamed of, and he was disillusioned. That gave me pause. I ended the year of severance with an 11,000-mile road trip (see “Epic Rowing Road Trip” under the Rowing category), which was awesome, amazing and one of the best decisions I’ve ever made. But I came home in December 2012 to the reality of my life – unemployment, bills and a great deal of fear.

I had many dreams during my year off. One was becoming an importer/exporter. I was going to call my business VII Imports, in part because the Roman numeral is an acronym for Vandelay Industries, Inc. Why simply focus on the importing, when you can be both an importer and an exporter! (If you haven’t watched every episode of Seinfeld 20 times like I have, I’m not going to explain…)

If there’s a rowing-career lesson I’d like to share, it would be: Never be afraid to put yourself on the starting line. You might be surprised at the result.

ALSO – never give up. I spent a valuable year doing something completely different – writing grants at Community Rowing, Inc., which funded their amazing programs for disadvantaged kids, the disabled and military veterans. It didn’t pay much, but it was a job and a great experience for which I’ll always be grateful. Last May (2014), I was fortunate to get a job again as a financial writer in the investment industry, in which I began employment more than 30 years ago.

LIFE. At this stage of my life, I see things a whole lot differently than I did even as recently as 10 years ago. I’ve been through a few experiences, deaths, divorce – you know, little stuff. I have two teenage kids. I have a few (ok more than a few) wrinkles and gray hairs. My life is no more or less interesting than anyone else’s. I just choose to write about it. Hopefully, my experiences might help someone else, or at least provide amusement.

MUSIC. I’ve played guitar since I was a kid, and I’ve been in bands on occasion, though never for any great length of time. I started singing in my early 20s after forcing myself to take voice lessons. Not sure they did much good, but they helped me overcome my shyness. It remains an elusive goal – to play/perform something that really sounds good (to me). But however it sounds, I love doing it. I play with a band called The Blades. We’re all rowers, and we have dubbed ourselves, “The World’s Fittest Band.” We dare you to find a fitter band.

ENJOY. And thank you for reading.